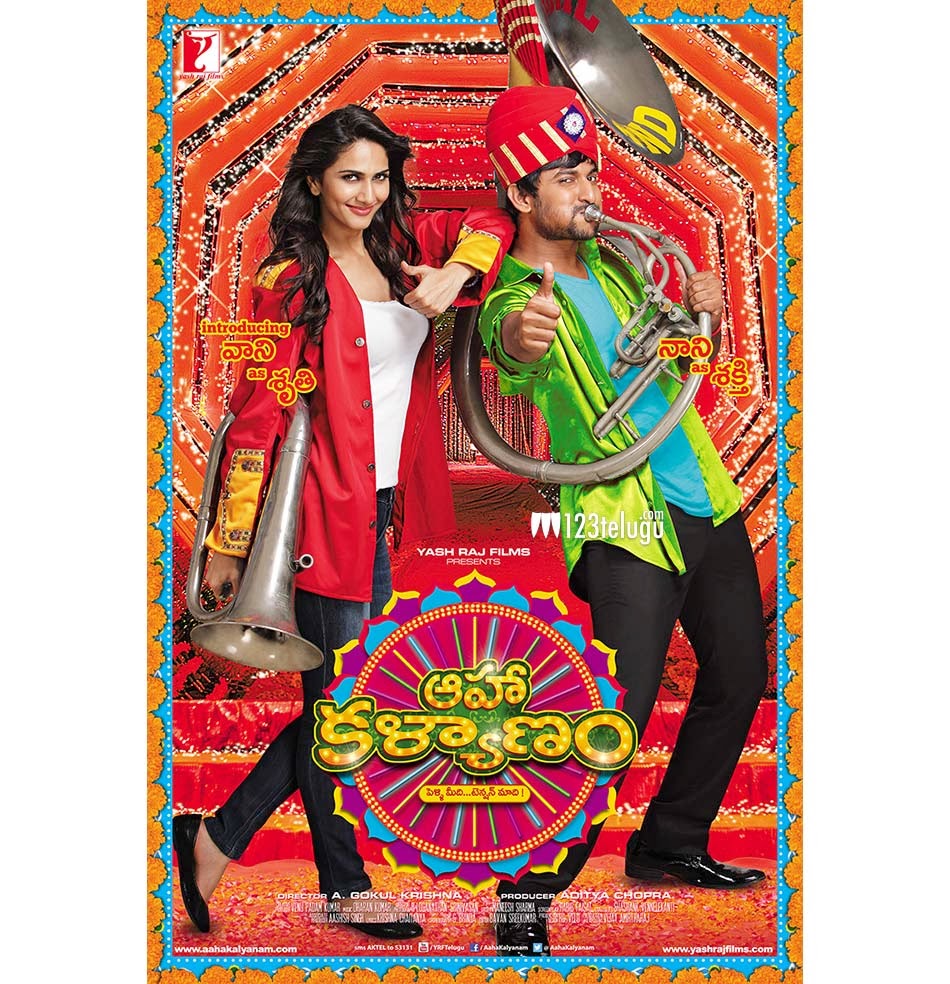 Nani - Vani starrer Aaha Kalyanam is a Telugu remake of the hindi blockbuster film Band Baaja Baaraat. Set to release on 21st Feb-2014, it delves into modern ideas about love and commitment through the evolving relationship between two youngsters, who team up to start a wedding planning business.
This Film is  Directed by A. Gopal Krishna &it  is produced by Aditya chopra under Yash Raj films banner.