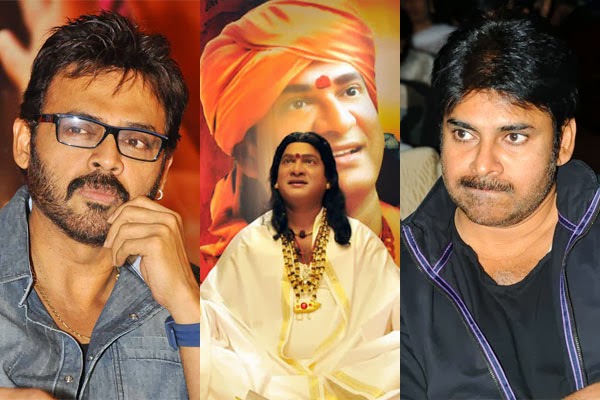 The upcoming remake of Bollywood hit film "Oh my God"  has the never before seen combination of Pawan Kalyan and Venkatesh .Now Nathakirithi Rajendra Prasad is also Going to Add with them on Screen ,He was doing the role of mithun as "Leladhar Swami"  in the Original Flick oh my god.
film.As per reliable sources both pawan kalyan and venaktesh are not taking remuneration for this movie and they are working on profit sharing for this Film.
Labels: 2014, Pawan Kalyan., Rajendra Prasad, venkatesh
Email ThisBlogThis!Share to TwitterShare to Facebook