Release of Chandamama Kathalu is postponed to Mid April??? 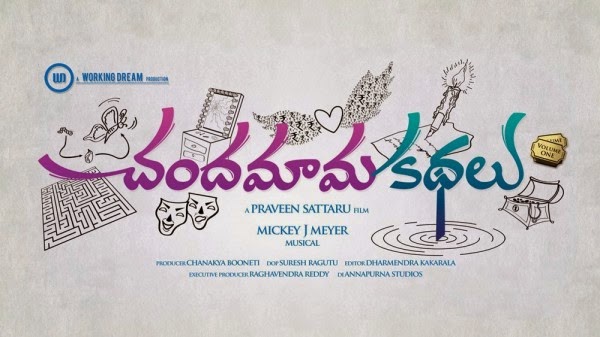 Press Release:
Release of Chandamama Kathalu is postponed to Mid April. Since Chandamama Kathalu is a film for everyone between the age groups of 5 and 60 and keeping in view of the Municipality and Panchayati Elections on 28th March & 4th April and the final exams till 11th of April, we at the production house have concluded after various brainstorming sessions that the release of the film should be around the second week of April to be able to cater to our targeted audience.
We shall announce our release date on Ugadi.
Chandamama Kathalu deals with eight stories featring Naresh, Amani, Shourya, Richa Panai, Chaitanya Krishna, Krishnudu, Abhijeet including Lakshmi Manchu, who is playing the role as Lisa a model. Chanakya Bhooneti produced Chandamam Kathalu on A Working Dream Production with cinematography by Suresh Ragutu and music by Mickey J Meyer.
Labels: Aamani, Chaitanya Krishna, Krishnudu, Lakshmi Manchu
Email ThisBlogThis!Share to TwitterShare to Facebook