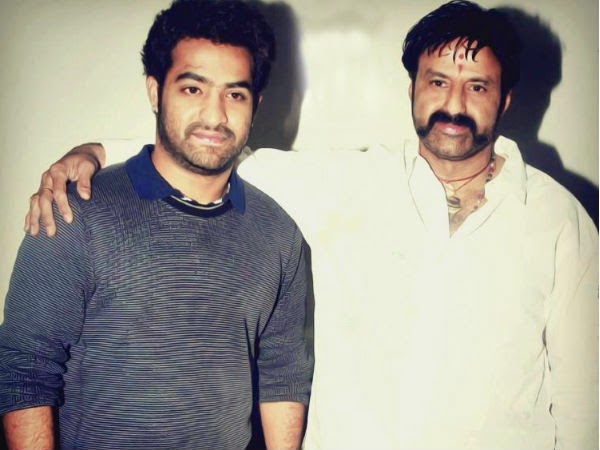 From Last few years ever since Junior NTR dreamt of becoming pivotal in TDP affairs, he is kept distant away focusing Nara Lokesh as successor. When balakrishna and Chandra  Naidu supported Lokesh, this led to obvious isolation of NTR in Nandamuri family film and political circles. Followed by Harikrishna also getting several upsets, the distance grew between Junior NTR and NBK. Looks like, they are now getting united as a formidable force on the big stage of ‘Temper’ audio release.

To what extent the new is true is still unknown but film sources are buzzing on balakrishna is most likely to attend as Chief Guest for ‘Temper’ audio launch function arranged on 18th of this month. Music for the film is scored by Anup Rubens and Puri Jagannath is the director.
Labels: Anup Rubens, Balakrishna, Ganesh Bandla, Gossips, jr Ntr, Kajal Aggarwal, Ntr, Puri Jagannadh
Email ThisBlogThis!Share to TwitterShare to Facebook