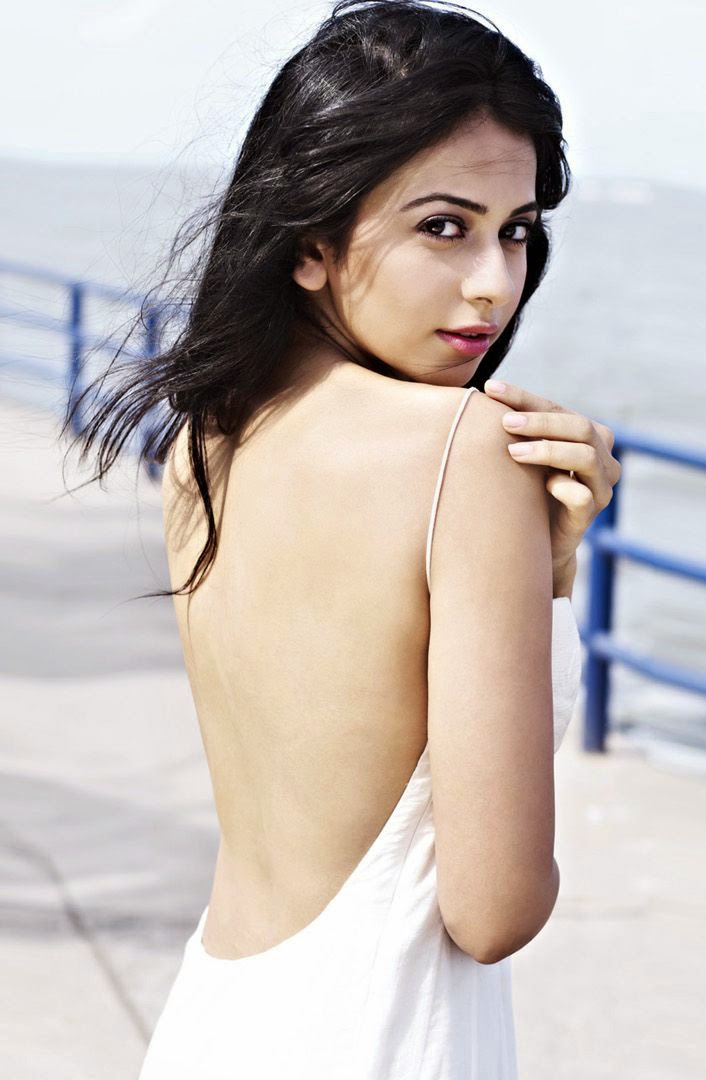 Rakul Preeth Singh has been trending on tabloids by bagging many biggies in the T-town. She has already reached the top league of heroines with hardly couple of hits on her kitty. With the success of Loukyam, there seems to be no look-back for the diva.

More than her films, her bold bikini act in Miss India pageant has got her great recognition and that never cease to follow her. Rakul was asked repeatedly about her next bikini appearance and intimate scenes when ever she gives an interview.
When Rakul Preet made an appearance in an popular talk show, she has been asked the same questions and she replied them amiably. When asked about her opinion on lip locks , "Yes, I'll do a lip lock if I could go and watch that scene along with my parents. I'll do it if it is part of script and requires it genuinely", said Rakul.

"I will not be part of a lip lock if it is just for tickets and posters Or if it is too vulgar to see". She added. Rakul is yet to shoot for two big films this year, one with Ram Charan and the other with Young Tiger NTR. Having said that she is up for a lip lock, there were many speculations about her intimate scenes with either of these stars. Anyway, This is nothing new for Rakul, she has already done the lip lock scenes in her debut Hindi film Yaariyan and in a recent Telugu movie Rough. Well ! The scripts must have surely demanded it.
Labels: 2015, Devi Sri Prasad, Gossips, jr Ntr, Ntr, Rakul Preet Singh, Ramcharan, srinu Vaitla
Email ThisBlogThis!Share to TwitterShare to Facebook